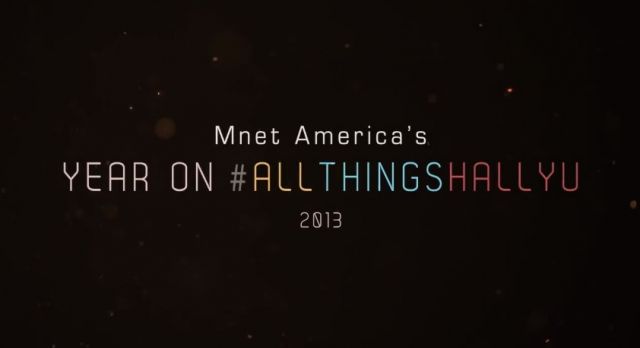 A 2013 Year In Review Video of Major Moments, People and Stories of 'All Things Hallyu (Korean Wave)' as Selected by Mnet America

Mnet America (www.mnetamerica.com), a youth entertainment brand for all things Asian cool, has released their year in review for 2013 with images, videos, and sound clips that defined the year of 'All Things Hallyu (a.k.a. Korean Wave)' including K-pop, K-drama, and K-film in the U.S.

If 2012 was the year that K-Pop crossed over with Psy's international smash 'Gangnam Style', 2013 was the year that K-Pop and the All Things Hallyu movement proved that it was here to stay. From Girls' Generation beating out Beliebers and Directioners and winning Video of the Year at the YouTube Music Awards to singer-rapper G-Dragon landing on the U.S. Billboard 200 again, with his follow-up album Coup D'Etat, Pt. 1, the Korean pop scene thrived in 2013.

Discover the moments, people and stories of #AllThingsHallyu with Mnet America's year in review video.

"[Video] Mnet America's Year On #AllThingsHallyu 2013"
by HanCinema is licensed under a Creative Commons Attribution-Share Alike 3.0 Unported License.
Based on a work from this source