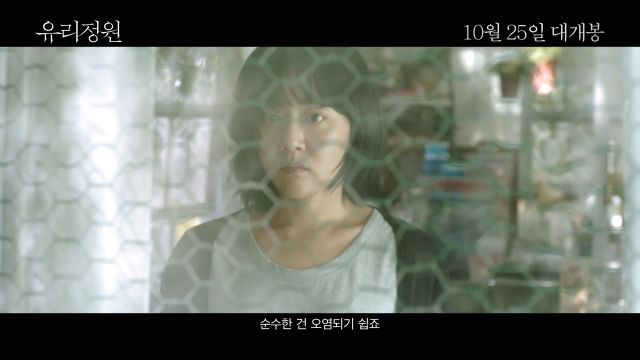 Moon Geun-young's voice carries the heart of this "Glass Garden" trailer from start to finish as we watch her live and work in secrecacy and Kim Tae-hoon nose his way into her world, searching for the truth behind her unique story.

-Yours, Lisa, a woman excited to see this film at the Busan International Film Festival