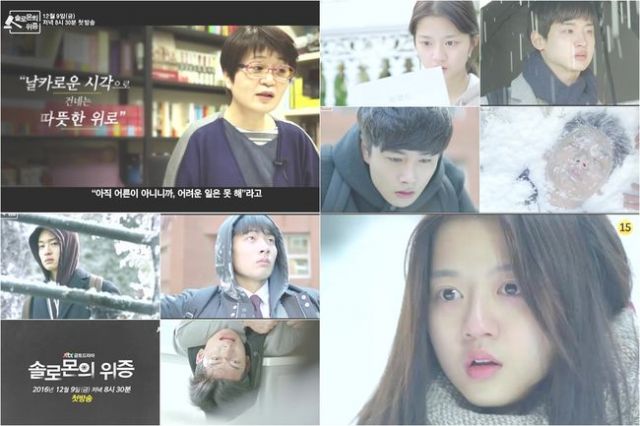 The story is based on a best seller in Japan written by Miyabe Miyuki. During the 2nd teaser, Miyuki makes an appearance and reveals that a court session will open to see whether or not the case at school was suicide or murder.

The cast consists of young actors such as Kim Hyun-soo, Jang Dong-yoon and Seo Young-joo.

This drama will begin after the completion of the drama, "My Wife Is Having an Affair".

"[Video] New JTBC Drama "Solomon's Perjury" Releases 2nd Teaser"
by HanCinema is licensed under a Creative Commons Attribution-Share Alike 3.0 Unported License.
Based on a work from this source