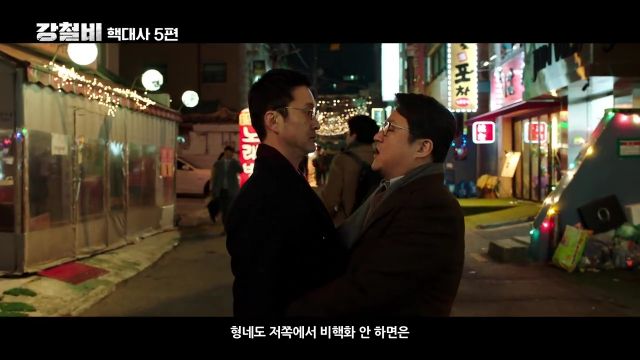 These different teasers for "Steel Rain" really know how to play on the different aspects of the mission these characters are on. Earlier teasers were in war rooms, very severe, and no room for nonsense. This teaser is a drunken conversation on the street. Business can happen anywhere.