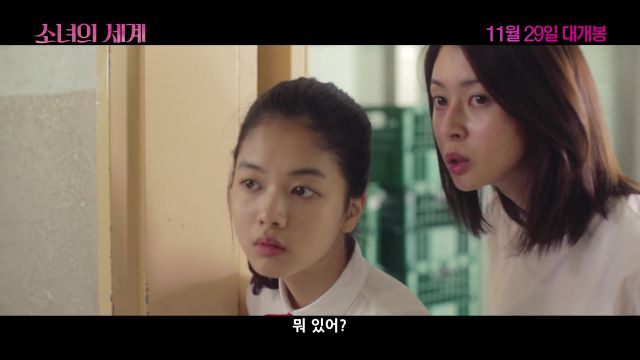 Trailer released for the Korean movie "Fantasy of the Girls".

Synopsis
On the stage of the play "Romeo and Juliet", a transparent love begins. Seon-hwa (Roh Jeong-eui) who was helping her friend's audition in the department of theater, is spotted by Soo-yeon (Jo Soo-hyang), her senior from the department of theater and plays Juliet. Her co-star is Ha-nam (Kwon Nara), every girl's dream boy playing the role of Romeo. Seon-hwa gets attracted to Juliet while preparing for the play.
Is this love? While preparations for the play are coming to an end, Seon-hwa gets a feeling there's something going on between her two seniors...