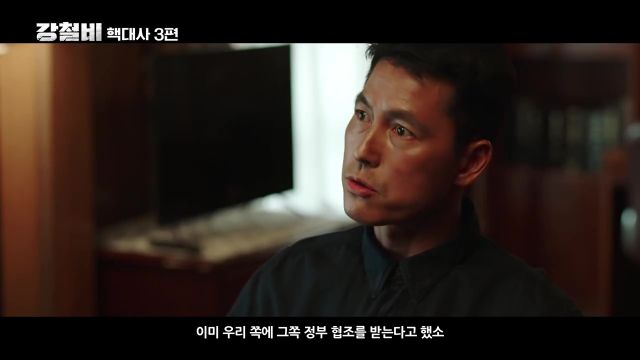 The promo material is pouring in for "Steel Rain" and each is more suspenseful than the last. I'm really loving Kwak Do-won and Jung Woo-sung together in this one.

-Yours, Lisa, a fan of actors who can deliver lines with fervent energy