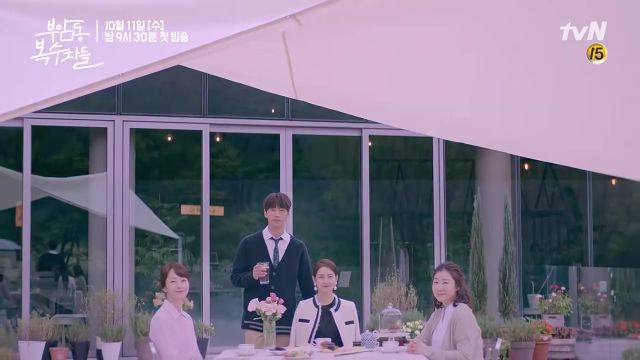 While the situations the avengers are in are tragic, it's actually quite humorous the way they clumsily go about their first attempts at revenge in this trailer for "Avengers' Social Club". I can't wait to see if they end up pulling it off. We'll see on October 11.

-Yours, Lisa, whose ready for a dose of revenge

20 episodes - Wed, Thu 21:30
Also known as: "Buam-dong Revenge Social Club", "Avengers Social Club" and "Revenge Social Club" (복수자 소셜클럽, bok-su-ja so-syeol-keul-leob)
Synopsis
This webtoon adaptation tells the story of three women from different walks of life - the daughter of a chaebol, an ahjumma in a fish market, and a housewife - come together to enact revenge.