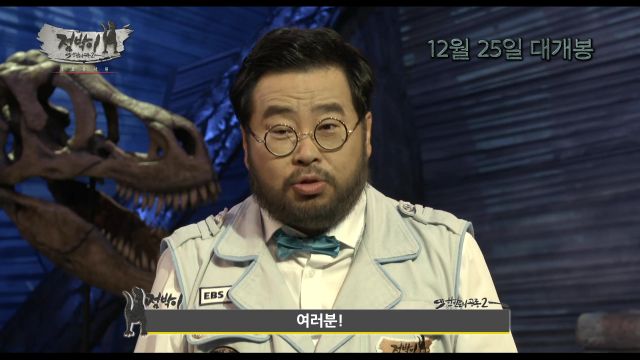 Trailer released for the upcoming Korean movie "Speckles The Tarbosaurus 2 - The New Paradise".

Synopsis
After the great disaster of the Cretaceous Period 80 million years ago, a Tarbosaurus named Speckles lost all of his family but his youngest son. Unlike his father, Mak-ne is scared and timid and is always being picked on by other dinosaurs. One day, Mak-ne is abducted by 3 Deinonychuses and Speckles embarks on an adventure to start looking for him. On his way, he meets Songgot who is looking for his daughter and a friendly herbivor named Sai. Together, they continue their journey until Speckles finds clues about the whereabouts of his son Mak-ne. However, a mutant dinosaur appears in front of them. Will Speckles be able to save his son?