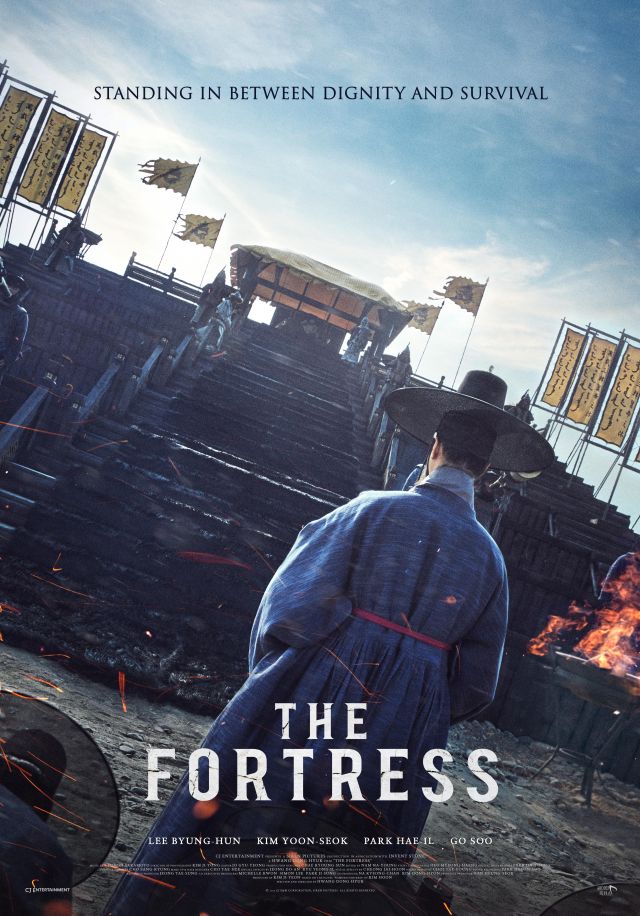 "The Fortress" Starring Lee Byung-hun Releases on Amazon, Google Play And iTunes May 1, 2018

CJ Entertainment is releasing "The Fortress", a period drama featuring popular South Korean actor, Lee Byung-hun, best known for "Magnificent Seven" and "Terminator Genisys" on Amazon, Google Play, and iTunes on May 1, 2018. This title played in 18 cities across the U.S. and Canada last Fall. It was the main feature of Korean Film Days at the Asian World Film Festival in Los Angeles, and also opened at the London East Asia Film Festival (LEAFF) in London last year. The cost is $14.99 to purchase High Definition (HD), $9.99 to purchase Standard Definition (SD), $4.99 to rent High Definition (HD), and $3.99 to rent Standard Definition (SD).

"The Fortress" is set in 1636, when the Chinese Qing Dynasty has invaded Korea with 150,000 troops. The Korean court flees the capital to take shelter in the Namhan Fortress, located in treacherous mountains outside the city. The Qing army, led by General Yong Gol Dae, quickly surrounds the fortress, leaving the king and the court stranded in a prolonged standoff. For a truce, the Qing general makes a humiliating proposal that they send the Crown Prince out as hostage. Unable to move forward or fight the enemy they are outnumbered by, the people of the fortress start dying from cold and hunger. The king now faces an impossible choice between protecting his people and standing up to those looking to destroy them.

This film is directed by esteemed director Hwang Dong-hyuk ("Miss Granny", "Silenced", "My Father"). His 2014 hit Korean comedy, "Miss Granny" (Chinese version) reached $55M in the box office and has been remade for Japan, Vietnam, and several other countries. It was remade in English with Tyler Perry's 34th Street Films and in Spanish with Eugenio Derbez's 3pas Studios.