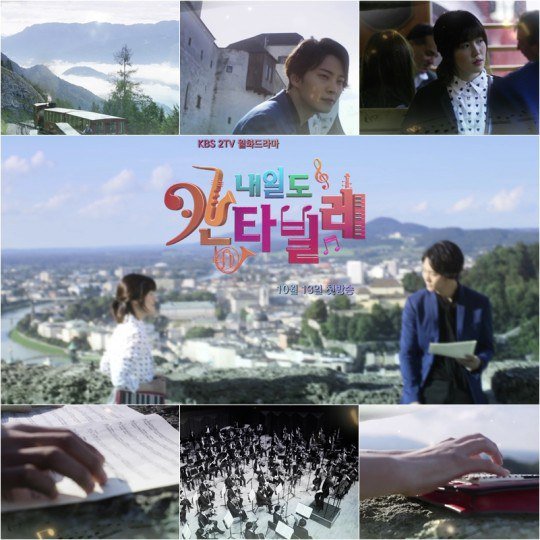 The teaser for "Tomorrow's Cantabile" is gaining lots of attention.

The drama is being released on the 13th of October starring Joo Won and Shim Eun-kyung.

The teaser starts with a warm scenery with Joo Won's narration saying, "I knew it the moment his baton started moving. The place classic music used to linger. I met her there".

The sound of Arnold Mendelssohn's symphony, played by an orchestra in the background of Salzburg, Austria, stimulates the senses.

Joo Won's hands moving along to the sound of music seem as natural as Shim Eun-kyung's fingers flying over the piano keys.

Joo Won and Shim Eun-kyung take on the roles of Cha Yoo-jin and Seol Nae-il, geniuses in classical music and instruments. Although they have nothing but passion for music in common, they communicate as musical partners.

"Tomorrow's Cantabile" is about the brilliant youth who have a passion for classical music.

"[Video] "Tomorrow's Cantabile"'s first teaser, Joo Won's sweet narration"
by HanCinema is licensed under a Creative Commons Attribution-Share Alike 3.0 Unported License.
Based on a work from this source