[Video] Trailer Added for the Upcoming Korean Documentary "The Master" 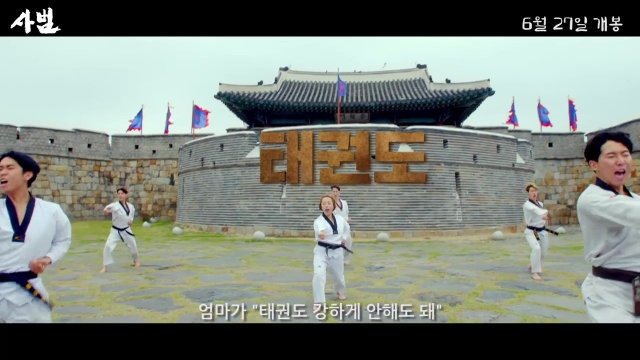 Trailer added for the upcoming Korean documentary "The Master"

Synopsis
A father and a daughter love Taekwondo, what is the Taekwondo they dream of?
The father, Master Kang Sin-cheol, became a Taekwondo hero in Iran when he moved over there empty-handed 30 years ago and created the strongest Iranian Taekwondo in the world.
He raised several thousand pupils in Iran and returned to Korea to open Namchang Studio in Suwon, where over 1,500 foreigners come to visit him every day.
His daughter, Master Kang Yoo-jin, is 154 centimeters tall, has flat feet and is 28 years old. She still looks like she could be in middle school. She has an inferiority complex and is a shy girl, but despite her spine and pelvic pain, she trained everyday and conquered the worldwide championships to become number 1 in Korea. The father is always thinking about the roots and development of Taekwondo while the tough daughter wants to be even more perfect than her dad. They are a loving family, but they argue from time to time at Namchang Studio. The strict father yells at his pupils, but he's is aware that his daughter is disappointed at his way of teaching. This is the story of a man and his daughter who are in love with Taekwondo. Why did they choose this lonely path and what do they seek to gain from it? Why do so many foreigners spend their money to fly to this faraway land to meet them?