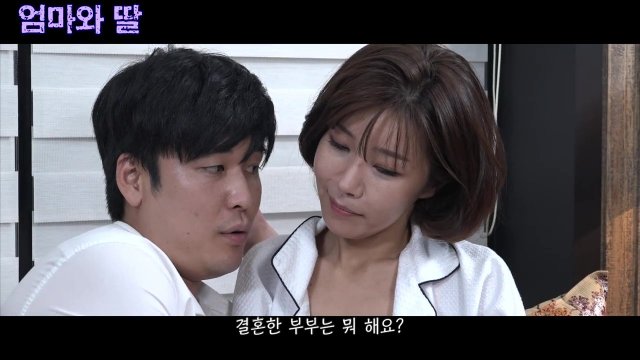 Trailer added for the upcoming Korean movie "Mother and Daughter"

Synopsis
Yeong-cheol, an office worker, wants to start his honeymoon in a 31-pyeong apartment, so he meets a sponsor named Jeong-hee who he's been seeing since college.

He gets "sponsored" for 3 years, when he meets Eun-joo at a club and ends up getting engaged, so he tries to break it off with Jeong-hee. However, it's not easy to end a relationship where physical activity has been involved. Instead of breaking up with him, Jeong-hee suggests they spend a weekend together. However, Yeong-cheol didn't know that Jeong-hee was Eun-joo's mother.

Jeong-hee and Eun-joo talk and realize Eun-joo's new boyfriend is Yeong-cheol. Jeong-hee feels her daughter is stealing her man, so she tells her that she's been sponsoring Yeong-cheol. However, Eun-joo is just as spiteful as her mother. She realizes her mother is jealous and makes a bet on who Yeong-cheol chooses between them...