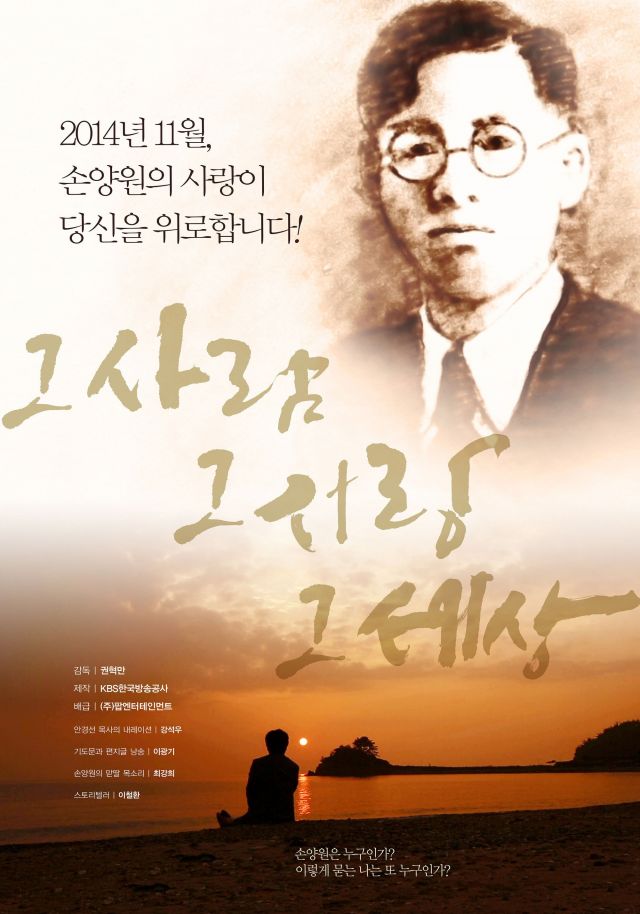 Synopsis
Son Yang-won, your other name is 'Love!

Son Yang-won lived a short life from 1902 to 1950. Even when the sound of guns during the upcoming Korean War raged on, he claimed he could't abandon the Aeyangwon and Hansen patients. In the end, he became a victim of the whirlpool of the tragic war. Those who praise his name today call him 'the Saint with the heart of Jesus' as he forgave the young man who killed his son.
However, this movie shows that Son Yang-won was just a regular father who wanted to live life as he believed it. It also focuses on the humanly part of him as he was an average person and not a saint who was beyond everyone's reach. It looks through what made him different and what he had hidden behind him. It seems as though he wasn't naturally born as a saint but he'd been through all sorts of grief any human may experience.