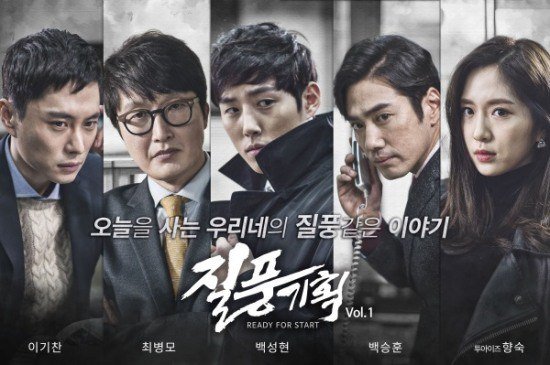 "Ready for Start - Vol. 1" is broadcasting for the first time on the 25th.

The first teaser was released on the 18th which showed the characters running around rooftops and the second showed more computer effects.

The leading stars of "Ready for Start - Vol. 1" are Baek Sung-hyun, a dumb rookie employee, Lee Ki-chan who has successfully become an actor from being a singer and Choi Byung-mo, who was Kim Tae-hee's assistant in "Yong Pal", plays in the role of a team manager named Jo Hyeon-cheol.

Director Kim Ha-ra says, "We put in a lot of effort to stick to the original as much as possible. We hope the minor alternations are helpful to the drama".

"Ready for Start - Vol. 1" can be seen every Monday, Wednesday and Friday on Naver tvcast.

"[Video] Web-drama "Ready for Start - Vol. 1" to broadcast via NAVER tvcast"
by HanCinema is licensed under a Creative Commons Attribution-Share Alike 3.0 Unported License.
Based on a work from this source