Villain Roles That Stand Out: Ahn Nae-sang From "My Country: The New Age" VS On Joo-wan From "The Lies Within" 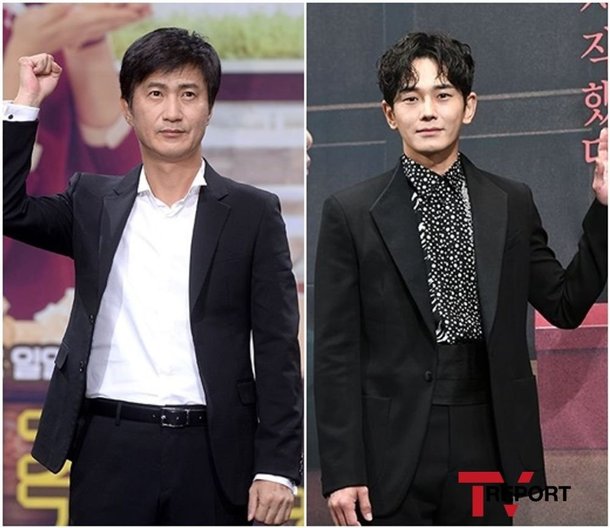 The presence of villains in dramas is getting bigger and bigger. They stand in conflict with the leading characters and bring tension upon the story, intensifying the height of the drama. Ahn Nae-sang from the jTBC series "My Country: The New Age" and On Joo-wan from the OCN series "The Lies Within" are some examples of such villains.

The two of them share the common factor that they are villains directly involved with the main characters. But they are different. We take a look at the two characters who filled the dramas with their own charm. 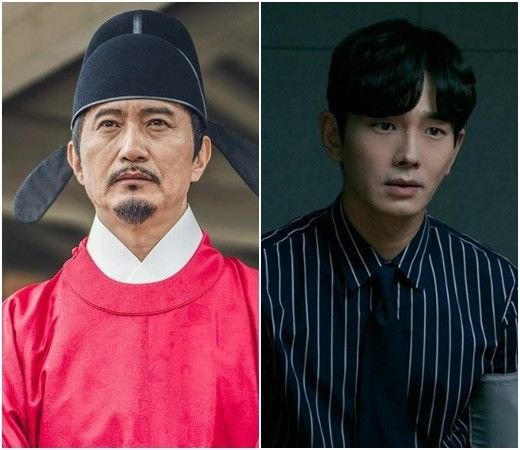 Ahn Nae-sang and On Joo-wan star in different genres. "My Country: The New Age" is a sageuk and "The Lies Within" is a modern drama. Therefore, the villains have a different feel as well.

"My Country: The New Age" is an action sageuk based in the early Joseon times and late Goryeo. They point their swords at each other over what their beliefs are for their 'country', exploding their desire for power and protection. Ahn Nae-sang put on the perfect example for what a sageuk should be.

"The Lies Within" is a secret thriller about Kim Seo-hee (Lee Yoo-young), who becomes a congresswoman out to save her missing husband, Jeong Sang-hoon, right after her father, Kim Seung-cheol's (Kim Jong-soo) death, and a detective named Jo Tae-sik (Lee Min-ki), who won't let anything go unless he's sure. Oh Joo-wan plays the perfect bad guy for this genre. 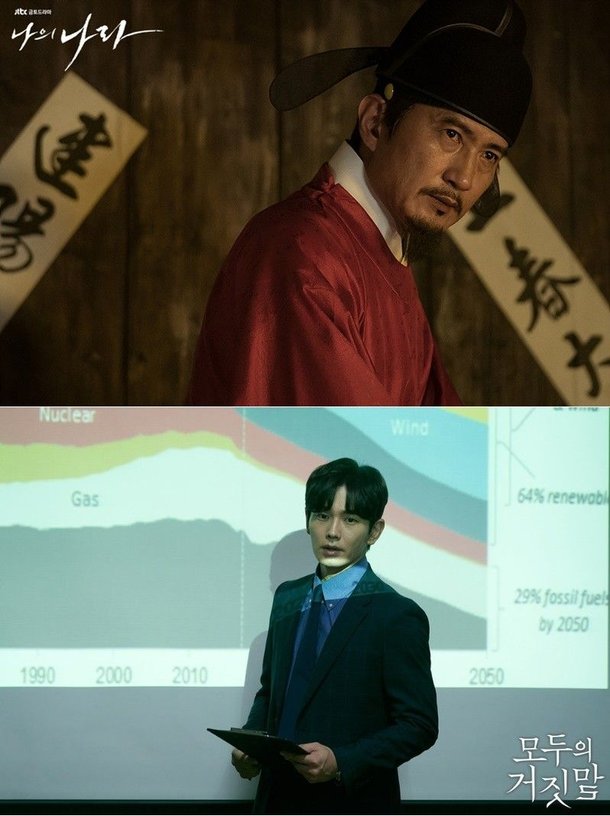 - Villain to the bone and a villain with a twist

They are both the bad guys, but the process is different. In "My Country: The New Age", Ahn Nae-sang was merciless from the beginning. On the other hand, On Joo-wan seemed gentle in the beginning, but turned out to be worse than bad.

First, Ahn Nae-sang's character of Nam Jeon stood between conflict and opposition. He wasn't on good terms with most characters, including his son, Nam Seon-ho, Seo-hwi (Yang Se-jong) and Lee Bang-won (Jang Hyuk). He went beyond his limits and had more ambition than anyone else could possibly have, even dreaming of becoming king.

On Joo-wan's character didn't even stand out in the beginning. When he heard that his best friend Jeong Sang-hoon went missing, he worried about Kim Seo-hee more than anyone else. He was eager to help find his friend and seemed like the gentle helper. However, there was a twist. He managed to retrieve Jeong Sang-hoon from the mental institute where he was forced into, but lost him and couldn't find him again. In the end, he showed the desire to take over the position of the head of the new JQ Group business, which Jeong Sang-hoon was in line for. 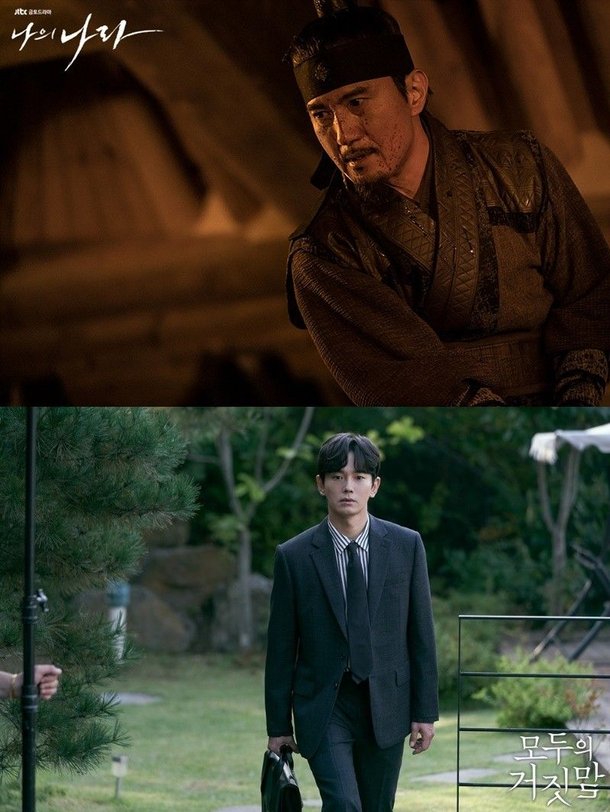 Ahn Nae-sang said through jTBC that, "There are many good lines in the script and the drama itself was very appealing. The story seems very full because the characters with different beliefs during different upheavals are closely related. Nam Jeon is a bad guy, but he's also someone who was devoted to his world. I tried to dig deeper into his history".

On Joo-wan returned for the first time in a year with "The Lies Within". He, too, played various roles in the past and this was his first villain role in 5 years since the 2014 SBS drama "Punch - Drama". Still, he managed to portray the mystery of the two-faced man perfectly. Now it's hard to tell if the villain is really the bad or the good.

According to his agency, On Joo-wan had just come back from a musical, and he gained 5 kilograms during his month off. He thought hard night and day about the ways to express his character, and Jin Yeong-min's role is expected to get bigger in the remainder of the drama. 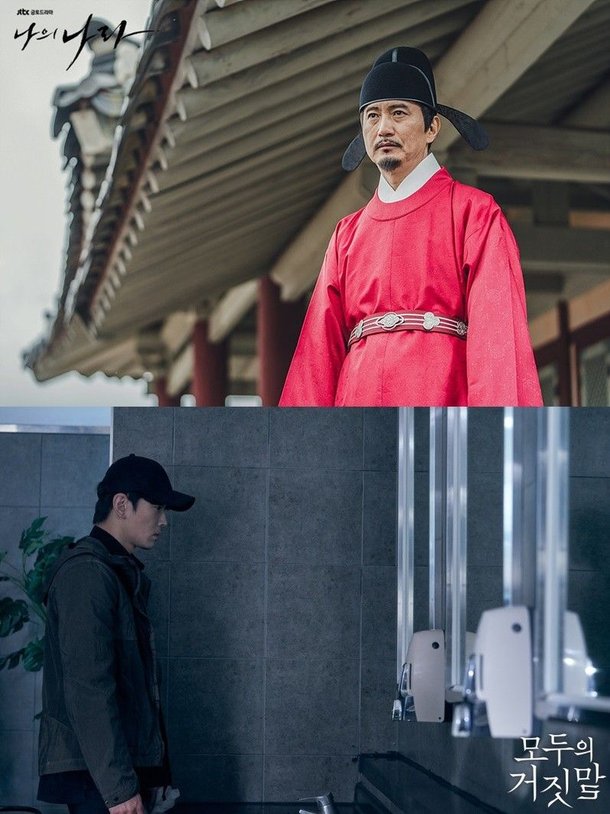