"W" shocking ending but the script was different

Apparently, the ending of the MBC drama "W" didn't play as it was supposed to in the script.

The interesting thing about the drama was the scene in which Oh Yeon-joo (Han Hyo-joo) asked Kang Cheol (Lee Jong-suk) about Oh Seong-moo (Kim Eui-sung). Oh Seong-moo had disappeared on his own, saving Kang Cheol for his daughter's sake. 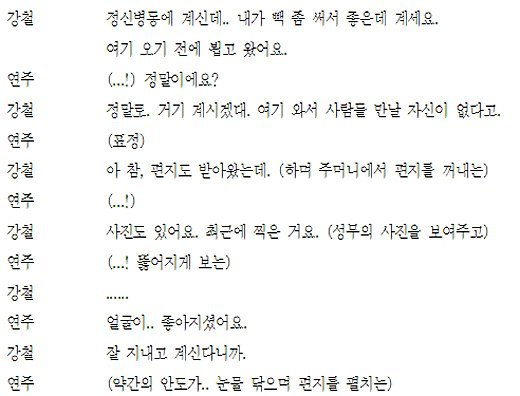 KC: (Shows her a picture)

YJ: Looks at the picture and cries without saying anything

KC: Pulls the crying Yeon-joo into his arms 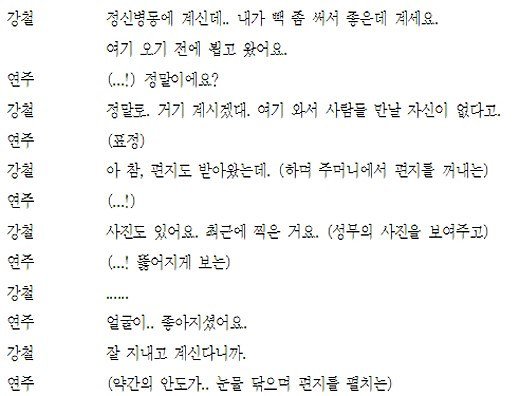 KC: He's at the psychiatric ward but he's in a better place because I pulled some strings. I saw him this morning.

YJ: Is that true?

KC: Really, he's there but he doesn't think he can meet people here.

KC: Oh I have a letter from him (takes letter out of pocket)

KC: I have a picture too. It's a recent one. (Shows her a picture of Seong-moo)

YJ: Stares into the picture

YJ: (Relieved, wipes tears as she opens the letter)

Thus, the script initially stated that Yeon-joo thought her father was alive and have a happy ending with Kang Cheol but in the drama, many parts of the scene were cut out and her father's sacrifice resulted in the happy ending.

""W" shocking ending but the script was different"
by HanCinema is licensed under a Creative Commons Attribution-Share Alike 3.0 Unported License.
Based on a work from this source