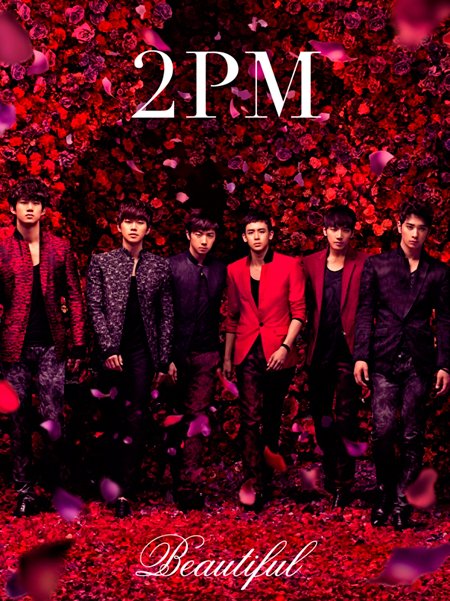 An interesting report surfaced recently about how moneyed women in their 20s and 30s were fueling the popularity of such K-pop groups as 2PM. "Yugsikyeo" or "meat-eating females" refer to a generation of active women empowered by their talent and the financial stability that comes with it. That marks a shift from the women in their 40s and 50s that constituted the fan base for Korean pop.

The reason why they liked the six-member 2PM was because of their "muscular" good looks - a feature that sets them apart not only from other K-pop bands but also from J-pop groups.

Junsu, Nichkhun, Ok Taecyeon, Wooyoung, Lee Junho and Chansung made their debut as teens in 2008 and are now bona-fide men in their early 20s. They are muscular but not in the inverted-pyramid style and boast chocolate-square six-packs. They are good-looking, but not in the pretty sense.

Their biggest asset, however, may well be how their musicality and persona strangely align to give them what all stars would kill for: likeability. Their hit singles 10 Points out of 10, Heartbeat and Hands Up all have a beat that is easy to sway your body to and feel upbeat. The body and the mind feels light, akin to that lightness of youth one would feel on an early summer day, mixed with just enough forward-feeling beat and pulse.