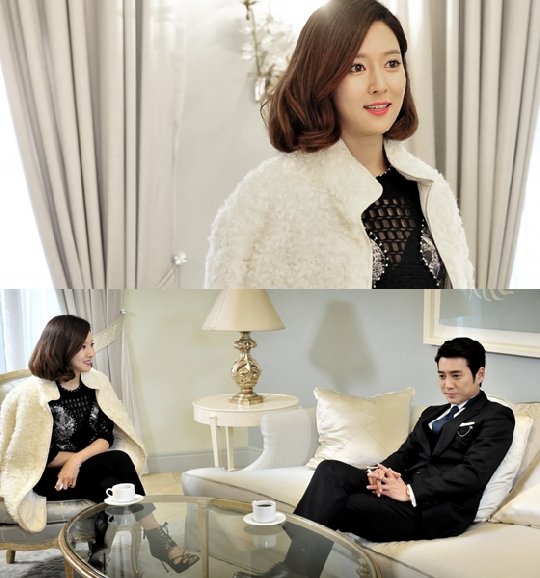 She will appear as the elegant daughter of the vice-minister.

She is friends with the director Ko Dong-seon in charge of this drama and decided to make a special appearance.

She appeared in the perfect outfit that resembled her as the daughter of the vice-minister and although it was short, she was vey professional about it and practiced her lines well.

Meanwhile, "Sly and Single Again" is about a woman who tries to seduce back her ex-husband who is a successful venture businessman after their divorce. Joo Sang-wook takes on the role of Cha Jeong-woo and Lee Min-jung is the Sly and Single Again Na Ae-ra.

To be aired at the end of February.

"Wang Bit-na to be Joo Sang-wook's blind date"
by HanCinema is licensed under a Creative Commons Attribution-Share Alike 3.0 Unported License.
Based on a work from this source