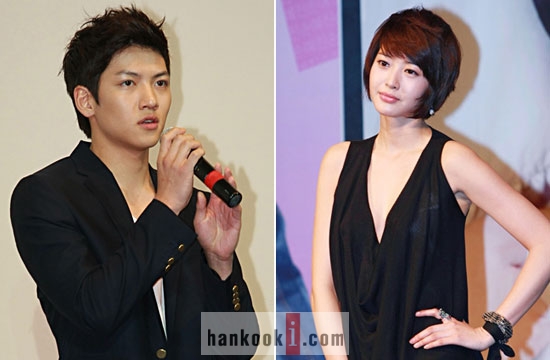 Drawn up for new general service channel Channel A...

They have been cast for the drama "Bachelor's Vegetable Store" on Channel A. The two received calls from general service channels after "Protect the Boss" and "Warrior Baek Dong-soo".

An official said, "Wang Ji-hye and Ji Chang-wook both have successfully completed their previous works so they've been getting many calls. They decided on "Bachelor's Vegetable Store" for its firm script and characters".

"Bachelor's Vegetable Store" is about a real person starting a vegetable business in 1990 in a small area and expanding his business.

The drama was negotiating terms with another general service channel, jTBC, but has decided to settle with Channel A. "The Vegtable Store" will start shooting in November.

"Wang Ji-hye and Ji Chang-wook in "Bachelor's Vegetable Store""
by HanCinema is licensed under a Creative Commons Attribution-Share Alike 3.0 Unported License.
Based on a work from this source