"Was It Love" Song Ji-hyo and the Guys 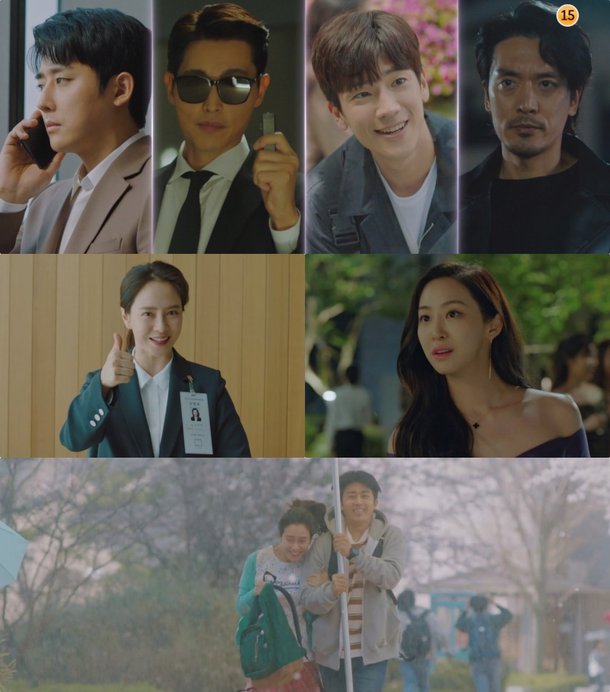 The new JTBC drama "Was It Love" began on the 8th. Prepared by JTBC as a follow-up to "Mystic Pop-Up Bar", "Was It Love" is written by Lee Seung-jin-I and produced by Kim Do-hyeong-II.

"Was It Love" is about a single mother of 14 years who is courted by four men with different characteristics. The drama is apparently 16 episodes long.

Kim Dasom who plays Joo Ah-rin, showed affection for the drama at the poster-making saying, "I'm excited for the drama".

Son Ho-jun said, "I'm looking forward to it because we are having so much fun making the drama with good people".

When asked what her character No Ae-jeong would think about Son Ho-jun's character of Oh Dae-oh, she replied, "I would think he's different but slowly fall for his charm. The character is a lot like Son Ho-jun himself".

About what he envied most about Goo Pa-do, Kim Min-joon said, "I wish I could spend so much money on something I want to do like him".

"Was It Love" broadcasts every Wednesday and Thursday at 9:30PM.

""Was It Love" Song Ji-hyo and the Guys "
by HanCinema is licensed under a Creative Commons Attribution-Share Alike 3.0 Unported License.
Based on a work from this source