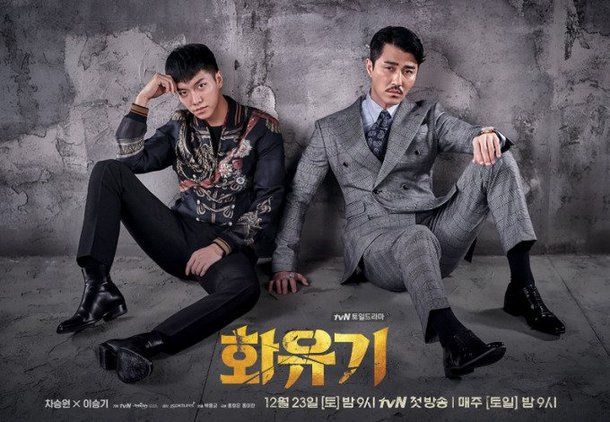 "A Korean Odyssey" is being sued for plagiarism.

Web novel "Aeyugi" writer Jung Eun-sook revealed on her blog that "plagiarism by "A Korean Odyssey" is being distinguished right or wrong with the advice of an expert who claims that even ideas deserve the protection of copyright".

The suit became official when "A Korean Odyssey" writers the Hong Sisters denied everything. There are now 22 counts rather than 10.

Jung previously mentioned in March, "The fact that Samjang is a girl, the demons appear when the female character bleeds, and there are many demons in the entertainment industry are all plagiarized ideas".

The Hong Sisters claimed they haven't even heard of Jung's web-novel.

"A Korean Odyssey" is based on the ancient novel Seoyugi about Son Oh-gong and Woo Ma-wang looking for light in a dark world.

"Web Novel Author Sues "A Korean Odyssey" for Plagiarism "
by HanCinema is licensed under a Creative Commons Attribution-Share Alike 3.0 Unported License.
Based on a work from this source