How did a Korean Pop (K-Pop as it's better known) website become a trending (meaning it was one of the most talked-about items) topic on Twitter? And not just in Korea, but in the entire world. How did this very same website win the "Must-Follow Brand" at this year's Mashable Awards. Especially when Mashable, which is arguably the number one website on the planet for new media breaking news, has very little to nothing to do with Korean Pop Culture. It's astounding to me. It really is. That this young (well maybe not young in Internet years) website has grown to be not only the number one most trafficked English-based K-Pop blog in the world, but one of the most trafficked blogs PERIOD.

I may have misled you. This blog post may have started off sounding like it's going to be merely a quick history and an about of the web phenomenon known as ALLKPOP. It's actually a bit more then that (although we'll get into some quick background information). This is a post to point out the importance of ALLKPOP, and actually Korean Pop Culture in general, and what it means for American Pop Culture. We will start with a little bit of the history. ALLKPOP has been around since 2007 and in the last three years has gotten itself to over 3 million monthly readers worldwide (ALLKPOP.com). It delivers gossip, breaking news and exclusive coverage on K-Pop stars – but has also been known to deliver news on Korean American and Asian American pop culture. I think it's kind of like the Korean version of PerezHilton.com. A little snarky, a little trashy, but powerfully influential. 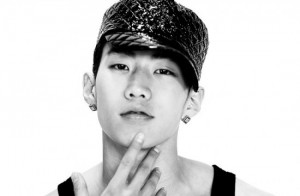 And POWER is the key word. Let's revisit my opening remarks of how ALLKPOP won "Must Follow Brand" at Mashable awards this past year. Out of all the brands that creatively utilize social media (including very established American consumer brands) that could have won, it was awarded to ALLKPOP. That may have been impressive on it's own, but take note of this: Korean Pop Group Super Junior, won "Must-Follow Personality" and "Best Web Video" was won by Korean Pop Superstar Jay Park. That's quite an unusual amount of Korean presence. Or is it?

The K-Pop community has an extraordinarily loyal community. A community so devoted that they can actually make an entire industry take note of the power that they hold. I don't want to state a fact that the typical Mashable reader was probably unaware of Super Junior before the awards were given- BUT- I do feel pretty confident that now that they have won, a whole new audience will be paying attention to this "Must-Follow Personality". It's so valuable to focus on the importance of these wins. It will make (and has made) companies typically unfamiliar with the Asian American audiences (or K-Pop audiences) take note of this established community. It means more money will be put towards marketing, more recognizable Asian faces in campaigns, and ultimately more recognition towards this type of talent. This population of K-Pop enthusiasts have certainly proven that they are an interactive, loyal, media-smart force to be reckoned with. And if it continues to remain this way- it will continue to bring Korean Popular Culture to the fore front of American culture. 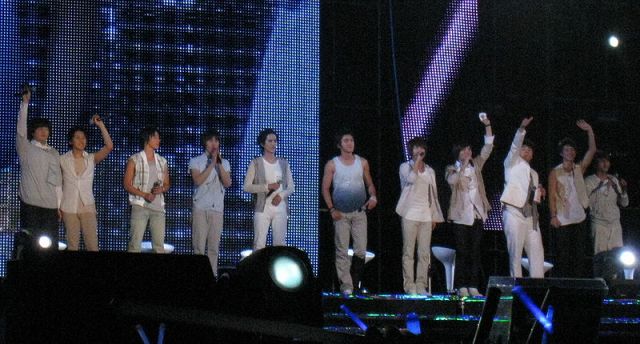 "Web Phenomenon ALLKPOP and the Extraordinary K-Pop Community"
by HanCinema is licensed under a Creative Commons Attribution-Share Alike 3.0 Unported License.
Based on a work from this source