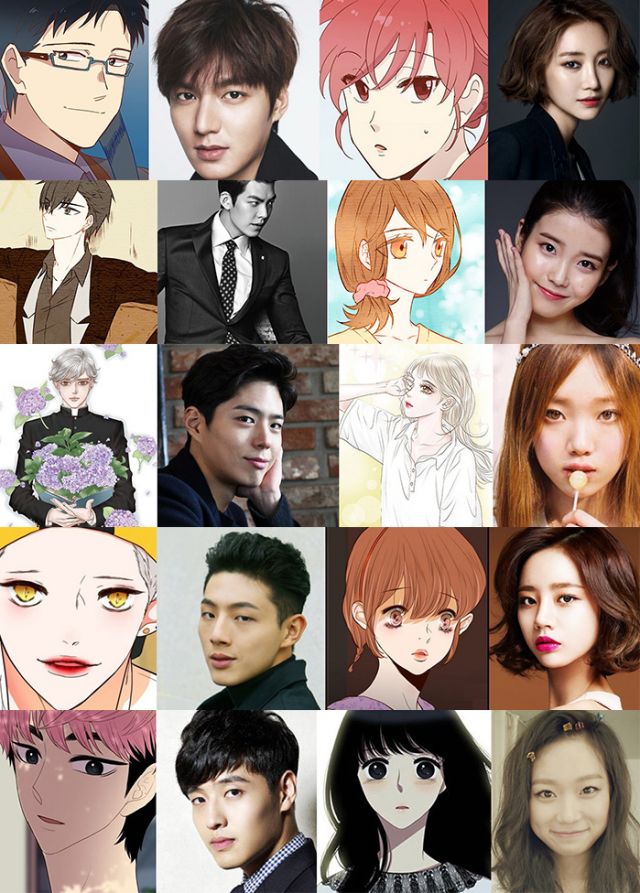 Here are five couples we would like to see front and center in their very own drama and the actors we'd like to see play them!

Sam Choi and Samantha Cho from The Sensual M

This webtoon may be a little raunchy for TV screens but we can still dream! Sam Choi is a smart and seemingly straight-laced guy who is secretly into S&M. His stone-faced co-worker named Samantha Cho discovers his secret and they embark on a rather unconventional relationship.

Ryoc and Maha from Imitation

He is stern and intimidating while she is shy and timid. They are both K-Pop singers and when they first meet, Ryoc dislikes Maha because all he sees is a fake who has only gotten to where she is through connections rather than hard work. But their relationship changes rather quickly and develops into something rather sweet.

Our picks: Kim Woo-bin and IU

Daniel and Shio from Confession

Daniel and Shio had an intense and passionate romance that was suddenly broken apart.  Years later they reunite as Shio is preparing to marry another man and Daniel has become a priest.  But the feelings they had for each other never died and they must figure out a way to deal with the obstacles that life continues to throw at them.

Pie and Choi from  Monster Idols

Pie is a part of the insanely popular boyband Real Monsters who just so happens to be a vampire.  He is snarky and tempermental and initially hates his new stylist, Choi, because of his intense distrust of humans.  But the vulnerable, sweet and good-natured Choi begins to break down his walls and much to his surprise, he begins to fall in love.

Our picks: Ji Soo and Hyeri

June and Yurim from  My Beautiful World.

June is a protector while Yurim is the damsel in distress trying to come to terms with the fact that she can see the evil in people. Though he doesn't mean to fall for her, he can't help but want to keep her by his side and protect her from all of the things that scare her.

Read more series here and be sure to find us on Facebook for exclusive updates and deals.