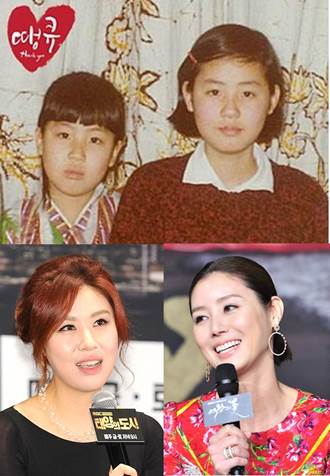 Acting competition between two actress sisters is held every weekend evening. Actresses Kim Sung-ryung and Kim Sung-kyung are the two in this regard.

Her character is a private moneylender as well as wealthy business personnel, who owns tens of bulldozers: a woman who is not intimidated among male competitors in the construction business. She is also a supporter for the protagonist Kim Jun and plays an essential role in the melodrama part of the story plot.

Rena Jeong is a character who overcomes the unfortunate past: being abandoned by her lover, however abandons her daughter in order to achieve her own success.

A source related to them said "They have their own unique appeals and charisma. It'll be worth your time to watch and compare the acting performances by the two sisters, Kim Sung-kyung and Kim Sung-ryung weekend evening".

Kim Sung-kyung's "City of the Sun" will be aired at 9 PM every Friday and Saturday and Kim Sung-ryung's "The Queen's Flower" will be broadcast at 10 PM every Saturday and Sunday.