"What a Man Wants" Pushes Past "Gonjiam: Haunted Asylum" 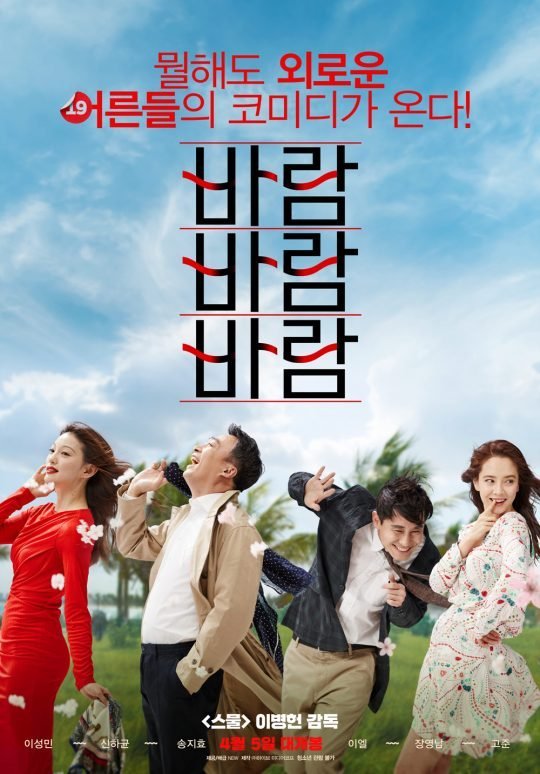 "What a Man Wants" topped the box office.

According to the Korean Film Commission, "What a Man Wants" recorded a total of 56,890 audience members in 881 cinemas nationwide on just the 9th alone. Commutively the numbers add up to 673,816 since its release on the 5th.

"What a Man Wants" is about Suk-geun, who has secret affairs behind his wife's back, and Bong-soo, who opens his eyes to women other than his wife for the first time, starring Lee Sung-min, Shin Ha-kyun, Song Ji-hyo, Lee El and Jang Young-nam.

""What a Man Wants" Pushes Past "Gonjiam: Haunted Asylum""
by HanCinema is licensed under a Creative Commons Attribution-Share Alike 3.0 Unported License.
Based on a work from this source