What Do Female Idol Stars Eat To Maintain Their Figures? 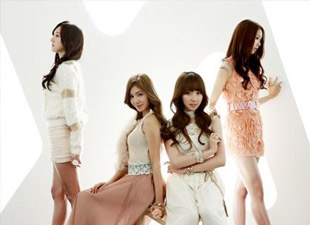 How is it that female idol stars keep their skinny figures? What do they eat?

The answer is, not much. On the most recent broadcast of Entertainment Report on KBS2 on March 17th, the meal plans for stars boasting the best bodies were revealed.

Some of the thinnest girl groups were highlighted, showing that those bodies don't come without a price.

Members of Nine Muses are on the "paper cup diet". Basically, they fill a small paper cup 2/3 of the way with rice, and the rest with veggies. They simply eat this to keep "full".

The group that garnered the most attention was Girls' Generation. The meal plans for breakfast, lunch and dinner were revealed, most of it revolving around brown rice, broccoli, chicken breast, and salad.

Out of all the girl groups featured, it seemed that the most popular food item was hard-boiled eggs. Most of the groups all ate hard-boiled eggs, more specifically just the whites.

A couple of other "diet secrets" that popped up were that of Jo Eun-sook who boasts a six-pack and gym-fanatic Lee Hee-kyung. Jo reportedly eats a lot of baby octopus, while Lee depends on spicy Cheongyang chili peppers for her figure.

"What Do Female Idol Stars Eat To Maintain Their Figures?"
by HanCinema is licensed under a Creative Commons Attribution-Share Alike 3.0 Unported License.
Based on a work from this source