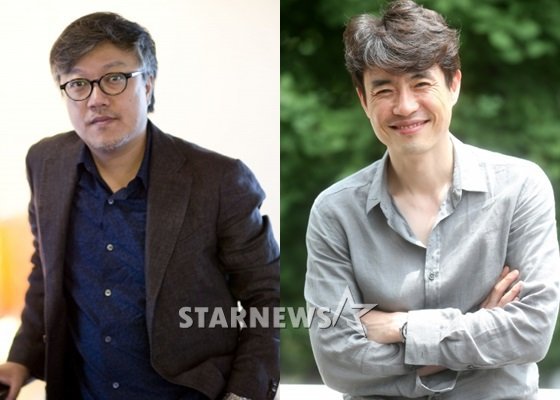 Directors Ryoo Seung-wan and Choi Dong-hoon are creators of the movies, "The Assassination" and "Veteran" which both hit a staggering 10 million viewers.

At the celebratory party of "Veteran" on the 9th, Ryoo Seung-wan mentioned that him and his wife, Choi Dong-hoon and his wife met for dinner one night.

Ryoo Seung-wan's wife Kang Hye-jung-I is a movie companion and the same goes for Choi Dong-hoon. His wife Ahn Soo-hyeon is his trusted movie companion. The two couple helped each other create the greatest movies of the year.

Ryoo Seung-wan said, "Choi Dong-hoon talked about his concerns when "The Thieves" hit 10 million. We talked about the changes that the record holding movies brought to us, what we thought about and our plans for the next movie".

""Veteran 2" is currently in pre-production. It's going to be about investigation and crime. I'm wondering who should feature in the next movie".

Ryoo Seung-wan also said, "I am thinking about someone in politics for a new villain, but it's going to take another 3 years for the movie to come out".

No date has been set for "Veteran 2". Ryoo Seung-wan's "Warship" is currently in pre-production and "The Berlin File" sequel is also in the polishing mode.

Meanwhile, "Veteran" is a criminal action movie about an investigative team going after a third generation plutocrat and the movie hit 12 million viewers on the 8th this month. It's been 6 weeks since its release and is currently going strong as second at the Box Office.

"What to look forward to after the success of Ryoo Seung-wan's "Veteran" and Choi Dong-hoon's "The Assassination""
by HanCinema is licensed under a Creative Commons Attribution-Share Alike 3.0 Unported License.
Based on a work from this source