When are Bae Yong-joon, Won Bin and Lee Young-ae coming back? 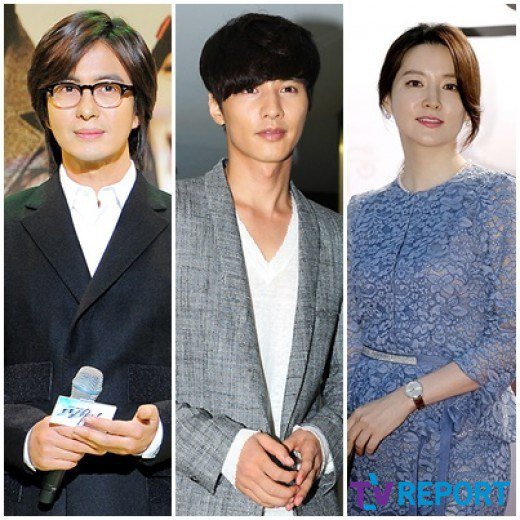 When can we see them?

Several writers and directors have been sending their calls of love but the actors remain silent. Top stars who are highly wanted have been gone for far too long. Lee Young-ae is one of them. They have been gone for a maximum of 9 years, enough for a mountain to change its form. They are on the top of the list but they are hard to see and now it's becoming frustrating.

Their fans are starting to become tired of waiting now. Bae Yong-joon, the leader of Hallyu since the 2002 KBS 2TV drama "Winter Sonata", has been gone for 7 years since the MBC drama "The Legend". He made a cameo appearance in the KBS 2TV drama "Dream High" which was directed by his company.

Seven years ago was when Bae Yong-joon's popularity was at its highest peak. Fans wanted to see him as an actor, not just a Hallyu star. However, he's been refusing everything since "The Legend". He's been very careful about what he chooses next but it's been far too long.

Bae Yong-joon has lost timing to choose the right one. The second generation of Hallyu stars have succeeded in taking over domestic and international markets. Lee Byung-hun who used to be along the same lines as Bae Yong-joon, is now in the highest position as an actor and has been doing very well. What if Bae Yong-joon had been more active during his high time? His filmography would have been a lot more interesting then.

He's been rejecting any other scenarios that have been coming in. SBS drama "That Winter, the Wind Blows" starring Song Hye-kyo and Jo In-sung was initially meant for him. Jo In-sung managed to make the perfect comeback with it after his National Service. It's a pity for Won Bin.

Lee Young-ae hasn't been coming up with anything either. She's content with being just a commercial model for now. She's been on hiatus for about 9 years ever since the 2005 movie "Sympathy for Lady Vengeance". Recently, there was word that she was starring in "Dae Jang Geum 2" but that didn't go as planned. The drama itself is currently on hold because of her. Many are disappointed at this result.

However, it's not like they're never returning. Bae Yong-joon and Won Bin are still looking over scripts. It's just taking time. They are being careful to choose something fans would like. Lee Young-ae who has been paying attention to child care and her married life, has been showing some kind of movement since 2 years ago.

Although it can be exhausting to wait for these top stars to make a comeback, we can't say we aren't anticipating it.

"When are Bae Yong-joon, Won Bin and Lee Young-ae coming back?"
by HanCinema is licensed under a Creative Commons Attribution-Share Alike 3.0 Unported License.
Based on a work from this source