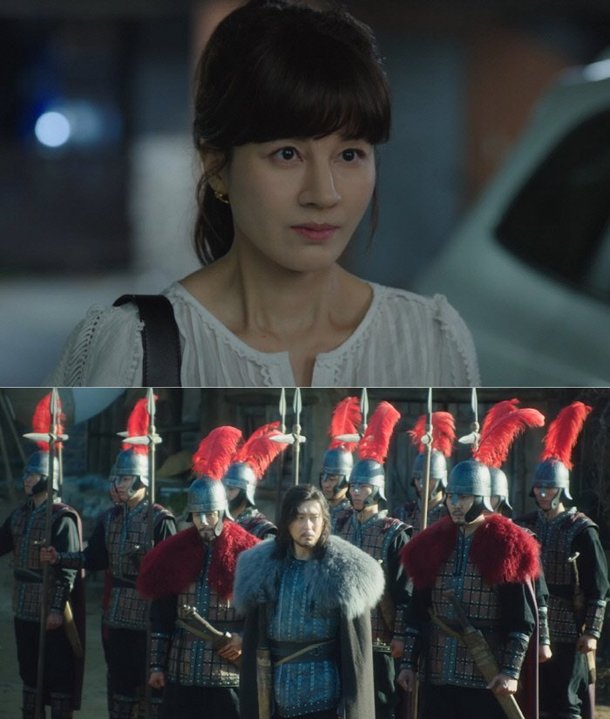 The SBS drama "Temptation of Wife", a story about a woman who reappears in front of her ex-husband with a dot under her eye as a completely different person and gets her revenge, holds the legendary record of 37.5% and remains a 'special case' in the history of make-up. How could a person become someone different because of a dot under her eye? There was a culture in which viewers and producers implicitly made some kind of promise about excessive settings. The rule being fooling the viewers even when knowing they can't be fooled, and pretending being fooled even when knowing things are not what they seem to be. However, there is a limit to how much the viewers can take, and recent dramas that aim for the title 'well-made' have taken a hit by viewers for awkward directing that interferes with immersion.

JTBC drama "The Wind Blows" has one of its actresses embroiled in a 'plastic surgery' controversy. Soo-jin (Kim Ha-neul) makes herself up as someone else to find out her husband Do-hoon's (Kam Woo-sung) sincerity. However, the 'make-up' was a very awkward nose job, and it sullied a scene that was supposed to make her look very sad. Viewers sarcastically commented that they should have just put a dot under her eye, and even rumors that the actress got a nose job went around.

Viewers are saying these 'irrationalities' are getting in the way of Kam Woo-sung and Kim Ha-neul's acting. The viewership ratings, which went up to 4.0% by the second episode, dropped to 3.0% on the third episode. The viewing percentage went up again in the fifth episode, when the 'nose' was over, and the 8th episode set a record with 5.2%. The production for the drama said, "The reason Soo-jin underwent the transformation is because she wanted to find out why Do-hoon changed his mind even by becoming another person. She was that desperate".

The 54 billion won (~ 47 million USD) blockbuster tvN drama "Arthdal Chronicles" was also criticized for its awkward setting and directing. "Arthdal Chronicles" is an 'ancient fantasy sageuk' set against the backdrop of the early Bronze Age, but the production went overboard by giving the characters iron armors. The pulley technique that couldn't possibly have been used at this time was used in the drama, and so were tents and forts, which led to the criticism that it's too much. There was constant noise as plagiarism disputes spread about the beginning video and 'The Great Wall' setting, the make-up and setting of the characters being just like the hit American drama "Game of Thrones".

Viewers say, "It's very disappointing that they would copy well-made masterpieces". A viewer by the name of Kim said, "People have higher standards because we are used to watching foreign dramas and movies, but I feel like we're being tricked. Miniseries and historical dramas with high level of anticipation have been forced into ridiculous settings and that's just hard to watch". Pop culture critic Ha Jae-geun said, "If the story of the drama is undisturbed by these forced settings, it's fine, but too much always makes viewers uncomfortable. It's the story that matters, not the viewership rate, and for that the production needs to consider reality and probability".

"When Dramas Go Overboard "
by HanCinema is licensed under a Creative Commons Attribution-Share Alike 3.0 Unported License.
Based on a work from this source