"When the Camellia Blooms" Ends With a Big Bang 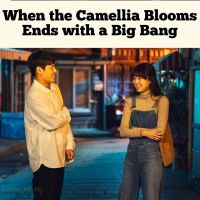 "When the Camellia Blooms" has successfully concluded its run on 21 November 2019 with a happy ending and its highest rating ever of 23.8%.

This heartwarming TV series has become KBS' highest rated drama in 2019 when it comes to viewership ratings after it surpassed "Liver or Die" (22.8%) that aired earlier this year.

Furthermore, it has also received the honour of achieving the highest viewership ratings among miniseries aired in 2019 on terrestrial broadcast networks which include KBS, MBC, EBS and SBS.

According to Nielsen Korea, "When the Camellia Blooms" rated 19.7% (episode 39) and 23.8% (episode 40) on 21 November. This new record came about even with the broadcast of the 39th Blue Dragon Film Awards that aired on SBS at the same time.

The KBS 2TV drama has also consistently taken the top spot as the most watched drama on Wednesday and Thursday nights for the whole duration of its run.

As a tribute to the viewers, KBS has scheduled two special episodes to broadcast on Wednesday and Thursday next week. The specials will be the condensed version of the 20-episode drama and will feature scenes that will be revealed to the public for the first time.

Leading the cast of "When the Camellia Blooms" are Gong Hyo-jin as Dong-baek and Kang Ha-neul as Hwang Yong-sik. The drama was directed by Cha Yeong-hoon ("Are You Human Too", 2018), with screenplay by Lim Sang-choon ("Fight My Way", 2017).

Meanwhile, MBC drama "Extraordinary You" which also aired its finale ended with 2.6% and 3.6%, and tvN's "Psychopath Diary" scored 1.5%.

""When the Camellia Blooms" Ends With a Big Bang"
by HanCinema is licensed under a Creative Commons Attribution-Share Alike 3.0 Unported License.
Based on a work from this source