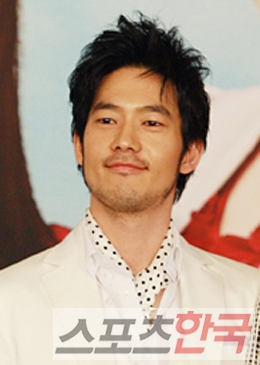 It seems as though he has completed his term with his former management company Eyagi Entertainment.

A spokesperson said, "Park Jae-jung has completed a 5 year term with his management company, which began in 2007. There has been fierce battle to recruit him between different management companies ever since word got out".

Park Jae-jung didn't re-sign with his previous management company and is planning to find a new company. He hasn't confirmed yet but it seems M Entertainment, which takes care of several famous stars, is quite likely.

The spokesperson said, "Park Jae-jung is an actor who is capable of taking on the lead role of a drama. An official statement should be made when a contract is signed".

Park Jae-jung was in the dramas "You are my Sunshine" and "Coffee House" and also on TV program "We Just Got Married". He also appeared on the SBS TV program "Star Affection" on January 24th.

"Where is "free agent" Park Jae-jung going?"
by HanCinema is licensed under a Creative Commons Attribution-Share Alike 3.0 Unported License.
Based on a work from this source