Who is the Real Harold? 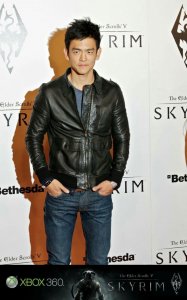 With his debut lead role as Harold in 2004's "Harold and Kumar Go to White Castle", John Cho is now famously known as the "Asian" comedian, musician, and actor. Born in Seoul, South Korea on June 16th, 1972, Cho and his family immigrated to Los Angeles, California in 1978, where he spent most of his life. After graduating from the University of California, Berkley in 1996 with a degree in English, he became a teacher in West Hollywood at Pacific Hills School.

Not long after, Cho ended his teaching career to pursue his other passion: acting. His small breakthrough role in "American Pie" (1999) was the doorway to where he is today. To the general public, he is an Asian star from both "Harold and Kumar Go to White Castle" and "Harold and Kumar Escape from Guantanamo Bay". However, to the Korean-American community, he is more than just a new star. Cho has become a new, influential Korean-American icon for many. By this handle, Cho brought forth a different perspective and affirmation of Korean culture in Hollywood and in the U.S. overall.

With the "Harold and Kumar" films, John Cho has gathered much popularity with younger generations. Thanks to these films, as well as his wit and intellect, he continues to gain more recognition and admiration from the general public. The growth in his popularity has definitely brought a sense of confidence and pride to the Korean community.

"Who is the Real Harold?"
by HanCinema is licensed under a Creative Commons Attribution-Share Alike 3.0 Unported License.
Based on a work from this source