Who's The Best Dancer Of Them All? 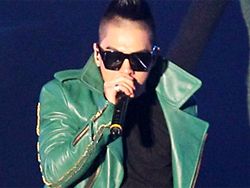 According to a recent survey of dance experts in the field of kpop choreography conducted by Sports Hankooki, Big Bang's Taeyang is the best dancer out of all the idol groups out there. Three out of the the five famous dance teams asked chose the young star whose fluid movements are comparable to American singer Usher. These three teams were coincidentally all from the three top entertainment agencies in Korea: YG Entertainment (Taeyang's company), JYP Entertainment, and SM Entertainment.

As for some other opinions, Play Dance's Park Sang-hyun who has experience from choreographing both of Secret's hit songs "Magic" and "Madonna", went with the now solo singer, Jay Park. The dance master praised Jay Park's ability to perfect moves both old and new. He added that the young entertainer doesn't adhere to trends, but creates his own style.

The remaining group, Prepix's Ha Woo-sin who is also the head choreographer for the group BEAST, selected Yong Jun-hyung and Jang Hyun-seung. Ha said that Jun-hyung originally was in professional dance and dreamt of becoming a dancer before his BEAST days. Due to this, every gesture and move is distinguishable from his fellow members. Ha added that Hyun-seung practices like crazy to get his moves down pat.

Shifting focus to the female idol stars, 2NE1's Minzy had two votes. One vote was tossed for BoA, while miss A's Min also got a nod.