Who Wants To Learn From H.O.T'.s Jang Woo-hyuk To Be The Next World Star? 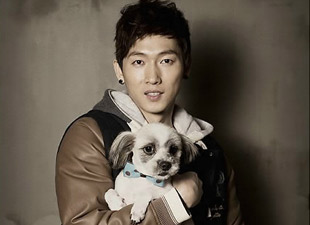 Singer Jang Woo-hyuk is planning on creating his own idol group.

It's nothing new really. The former idol singers of the 90's and early 2000's have been embracing the wave of young blood, by using their experiences to create a new idol group. Shinhwa's Andy did it, so did fellow group member Eric, and Fly to the Sky's Hwanhee. Now, it's former H.O.T. member, Jang's turn.

According to Jang's agency, WH Entertainment on March 2nd, auditions for the next world star will be held on the coming 10th. The winners will have the opportunity to be produced directly by the H.O.T. rapper himself. They will also get to learn and grow under Jang's many years of experience in the k-pop industry as not only a group member, but a solo artist.

The opportunity will be open to not only Korean applicants, but also those from other parts of Asia and Europe.

"Who Wants To Learn From H.O.T'.s Jang Woo-hyuk To Be The Next World Star?"
by HanCinema is licensed under a Creative Commons Attribution-Share Alike 3.0 Unported License.
Based on a work from this source