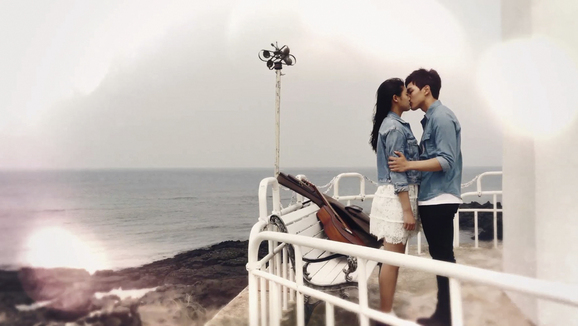 They have sharp teeth and survive on human blood. However, they look just like humans so there's no telling them apart until they start doing something vampire-ish. The fact that people who are bitten by them also turn into vampires show that blood is the source of life of humans. Why did 'vampires' become a favorite subject between artists?

"Orange Marmalade" is based on a Naver Web-toon and it can be seen every Friday. Seolhyun, from AOA, plays in the role of Baek Mi-ri and Yeo Jin-goo is Jung Jae-min.

Jung Jae-min is the whole school's idol but he hides the fact that he's a vampire. He's attracted to Baek Mi-ri, the new girl and here's where the romance starts. The drama follows a typical high teen romance drill but the vampire part is different. It also shows the process of these 18 year olds going through rough roads to become grown-ups.

The band they form to understand each other is where everyone connects. Viewers imagine what it's like to have sharp teeth pierce their necks and the story maximizes with a vampire that can't fall in love.

"Why a vampire?"
by HanCinema is licensed under a Creative Commons Attribution-Share Alike 3.0 Unported License.
Based on a work from this source