Why Did the Drama 'Youth Star' Disappear? 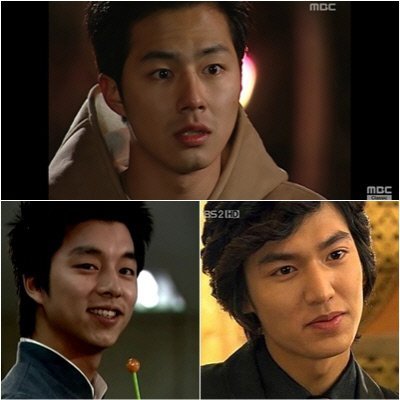 It is a stage of fixation for the drama industry.

The concentration of drama casting is getting worse. Fancy and popular stars with high reputation have taken over the TV, so that there's no way fresh newbies in their 20s can squeeze in. The saying, "I woke up and I was a star" is an old saying for the 90s now.

- Top stars or none at all

Jo In-sung from the sitcom "Nonstop", Gong Yoo from "School" and Lee Min-ho from "Boys over Flowers" are some examples that rose to stardom thanks to the productions' unconventional decision of rookie appointment systems. Watching fresh rookies grow was a reason to watch TV back then. "It's not easy to make a second Jo In-sung with the drama environment these days", says an entertainment source.

A producer in ground-wave TV says, "In the past, there were many dramas that were produced by broadcasting companies directly, so there were opportunities to try and use experimental rookies. However, these days most dramas are outsourced, so they stick to being 'safe'. For example, investments will only start taking place when actor Song Kang-ho picks a scenario. There have been news of top stars coming back with dramas this year and that's because 'casting top stars' leads to 'investments'".

The K-Pop idol training course, which is quite long compared to any other countries, is also an obstacle to creating new youth stars. Pop culture critic Eun Goo-seul says, "It's been a long time since the broadcasting companies have chosen full-time actors. Beginning an acting career after starting as a trainee at a K-pop agency and becoming an idol is a relatively safe and fast path, like Im Si-wan and Cha Eun-woo. Even so, they have to be in their 30s to settle down as actors, so it's only natural we don't see new faces in their 20s on TV".

The growing age group of TV consumers also encourages this phenomenon. "We don't know what comes first", Eun said, "but with the disappearance of actors in their 20s, dramas of the youth-melo genre are also disappearing from TV. This is because the main consumer base of the platform is changing. The youth melodrama favored by teenagers and those in their 20s is shifting its place to webdramas, not TV", she said.

"Why Did the Drama 'Youth Star' Disappear?"
by HanCinema is licensed under a Creative Commons Attribution-Share Alike 3.0 Unported License.
Based on a work from this source