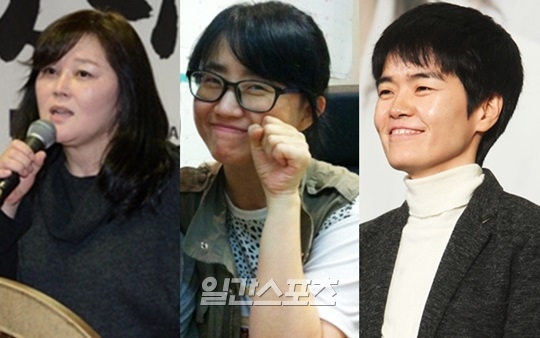 Popular Korean drama writers are turning around to cable TVs from groundwave TVs.

Writers including So Hyeon-kyeong, Kim Eun-hee-I and Noh Hee-kyeong are going to present dramas for CJ E&M tvN starting this month to the beginning of next year.

Because the writers are ranked top for their influential power on groundwave TVs, this trend is regarded as a significant change rather than just a simple transfer.

Writer So Hyeon-kyeong, well-known for 'Shining Inheritance', "49 Days" and 'My Daughter Seo-yeong', will take in charge of the script for "Twenty Again", which begins on August 28th. While writer So moved to work for cable TV, Choi Ji-woo's new movement, who chose a non-groundwave TV drama in 21 years since she debuted, is also noticeable. It has been decided purely based on her trust with the writer's creative ability. The male lead Lee Sang-yoon also grabbed writer So's hands since he developed the work relationship with the writer previously through 'My Daughter Seo-yeong'.

It's the same case for writer Kim Eun-hee-I. She was loved for her dramas, "Sign", 'Ghost - Drama' and more, while she presented the uncommon contents without missing the appeal to popularity. She is also uniquely recognized for her suspenseful writing skills, which make the viewers feel as if they were watching a movie at each episode. She is returning in the beginning of next year with a drama based on Hwaseong serial murder case. Although she was discussing to obtain an airtime on groundwave TV since the beginning of this year, she has chosen tvN to reserve freer environment.

Writer Noh Hee-kyeong is planning a drama dealing with a story about women in old age. As she has always wrote about human sensibility and sincerity, she is currently writing based on the same concept. After the completion of 'It's Okay, That's Love' last year, she chose to move to cable TV to convey more stories in her writing.

What could be the reasons for the star writers to try to stick to tvN? Culture critic, Lee Hogyu said, "Groundwave TVs risk everything to cast popular A-list stars, the result ends up with the project being steered to an unexpected direction in many cases. For example, "Incomplete Life" also was being discussed with groundwave TV, but they came to tvN as they were asked to change the content. And the result was a big hit. Writers choose non-goundwave TVs as far as they can reserve their right to be more creative with what they write, even if it may mean just a little bit more room".