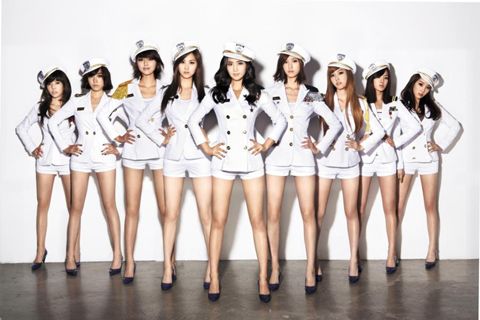 The manufactured band Girls' Generation may have to testify before the Fair Trade Commission, which plans to decide early next month whether management agencies employ young entertainers under so-called slave contracts with low pay for extremely long hours of work.

The FTC on Monday said fans of the boy band Dongbangshingi (TVXQ) filed a report earlier this year calling for an investigation of management agency SM Entertainment claiming that its 10-year exclusive contract with the boy band is unfair. It pledged to reach a decision on the matter early next month.

According to a standard contract for entertainers the FTC prepared in July last year, exclusive contracts cannot last longer than seven years. Talent agencies are not bound by law to follow the standard contract, but the FTC rules on the fairness of contracts based on that, so there is a high chance that deals binding entertainers to more than 10 years at an agency will be considered unfair business practice.

SM Entertainment has told the FTC it is willing to let its entertainers testify whether their employment contracts are fair or not. Girls' Generation is the top dance group in the SM stable.

But chances that the group will have to testify seem to be slim.