Will Kim Ah-joong and Uhm Tae-woong's 'Wanted' break up the cruel history of SBS Wed-Thur dramas? 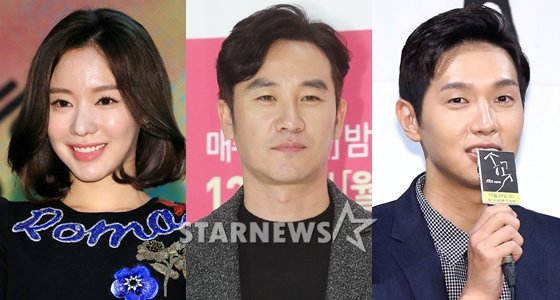 "Wanted" starring Kim Ah-joong, Uhm Tae-woong, and Ji Hyun-woo is coming to the small screen soon. Will "Wanted" be able to break up the cruel history of SBS Wednesday & Thursday dramas?

"Please Come Back, Mister" took over the airtime of "Remember" starred the A-list actors including Rain, Lee Min-jung, Oh Yeon-seo, and Lee Honey. It was meaningful that writer Noh Hye-yeong of '200 Pounds Beauty' reinterpreted the popular Japanese novel, 'Mr. Tsubakiyama's Seven Days'. However, the drama had a difficult race competing with KBS 2TV's 'Descendants of the Sun'. Despite the good reviews, 'well-made drama', the viewership rating of "Please Come Back, Mister" went down to 2% even, while blaming their luck having to compete with the smash hit drama.

The next drama after "Please Come Back, Mister" is "Entertainers". As MBC's 'Kill Me, Heal Me' actor Ji Sung and tvN's 'Answer Me 1988' 'Hyeri' have joined for the drama, it drew much anticipation. However, 'Entertainer's has been recording the one digit viewership rating so far. The episode 8, which was aired on May 8th, recorded 8.6% somehow and ranked top for the first time among the dramas during the same airtime. The number still could not go over the one digit figure. However, it's meaningful that "Entertainers" went higher than "Please Come Back, Mister".

Under the given circumstances, the role of "Wanted" is very important. "Wanted" has been planned hurriedly as writer Choi Ho-cheol's "Deal", which had secured the airtime originally, was cancelled. Although "Entertainers" added two more episodes and earned a week, they still need more time to have the drama ready.

While they have about a month until the premiere date, the main cast - Kim Ah-joong, Uhm Tae-woong, Ji Hyun-woo – has been confirmed. Although the planning and cast have been wrapped up hurriedly, the talented dramatic actors have joined finally to attract anticipation for a success of the drama.

In "Wanted", an A-list actress' son is kidnapped and the actress has to complete missions in a live show following the requests from the kidnapper so that she could find her son. Kim Ah-joong will play the actress and Uhm Tae-woong will play the producer of the live show. Ji Hyun-woo will play a detective. "Wanted" with the unusual storyline and the trusted actors for their acting performances together, will the drama be able to break up the cruel history of 2016 SBS' Wednesday & Thursday dramas?

"Wanted" will premiere at 10 PM on June 22nd once "Entertainers" has wrapped.

"Will Kim Ah-joong and Uhm Tae-woong's 'Wanted' break up the cruel history of SBS Wed-Thur dramas? "
by HanCinema is licensed under a Creative Commons Attribution-Share Alike 3.0 Unported License.
Based on a work from this source