Will the Second Hallyu Boom Come in Japan? 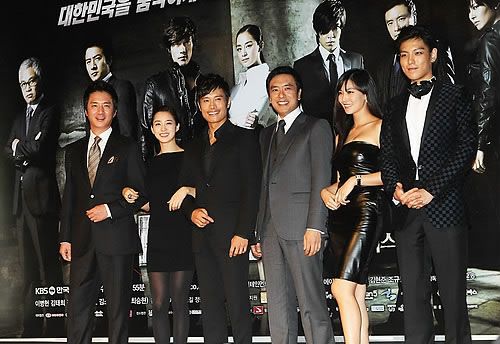 "Can Byonsama (Lee Byung-hun) revive the Japanese private broadcasting company, TBS?" "Housewives who are crazy about Hallyu are ruining the family". These quotes are what the Japanese media reported regarding the "second Hallyu boom" when the Japanese terrestrial broadcast TBS is about to air the Korean drama "IRIS".

The Hallyu boom in Japan began due to the popularity of Korean dramas. When the drama "Winter Sonata" aired in Japan from 2003 to 2004, the Hallyu boom started in Japan, and it reached its peak when the drama "Jewel in the Palace" gained huge popularity from 2004 to 2005. But afterwards, Korean dramas were relegated to cable TV and have shown signs of declining in Japan. In this situation, the broadcasting of "IRIS" on TBS TV has been recognized as a very ambitious plan to light a fire again under the Hallyu boom in Japan.

TBS plans to air the drama "IRIS", which recorded high viewer ratings ranging from 20 percent to 40 percent in Korea, during primetime (9 pm) every Wednesday from April 21. This is actually the first time that Japanese terrestrial TV will schedule a Korean drama in prime time. TBS already cast voice actors and actresses for dubbing the drama in Japanese and is going all-out to draw viewers by inviting the main cast members, Lee Byung-hun and Kim Tae-hee, onto several entertainment programs starting from April 17.

Japanese sports magazine "Daily Sports" reported in the article of April 19, "It attracts attention whether Byonsama can be the savior of TBS TV". The article also added that TBS which has worried about its lagging viewer rating now stakes the future of the company on the deep-rooted Hallyu boom in Japan.

While there are great expectations about the second Hallyu boom in Japan, there is also great hostility toward it. The Japanese tabloid evening newspaper "Hyundai" recently reported an article entitled "The Second Hallyu boom, housewives who are crazy about Hallyu are ruining the family" and highlighted the negative aspects of Hallyu by saying, "As middle aged housewives are crazy about Hallyu stars, families here and there are on the verge of collapse". It presented the example that a Japanese woman who fell in love with a Hallyu star has recently disappeared in Korea and lamented, "There is no medication for those housewives who are indulged in Hallyu". The newspaper pointed out the reasons why Japanese housewives are absorbed in Hallyu: "Unlike Japanese stars, Korean stars do not regard housewives as merely middle-aged women and do not look down on them. With the spirit of Confucianism, they also show respect to their elders, so many middle-aged fans are happy about it".