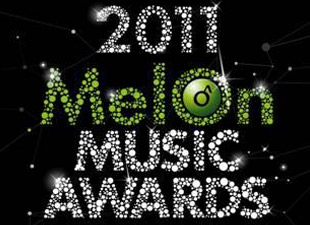 The 2011 Melon Music Awards took place on November 24th at the Seoul Olympic Park Stadium, awarding some of the hottest acts in k-pop.

After its first run in 2009, the MMA has established itself as one of the biggest music award ceremonies in the country, up in the ranks of the Mnet Asian Music Awards, Golden Disk Awards, and Seoul Music Awards. Winners are determined through a calculation of 80% digital sales and 20% online votes.

The winners were as follows.

"Winners of 2011 Melon Music Awards"
by HanCinema is licensed under a Creative Commons Attribution-Share Alike 3.0 Unported License.
Based on a work from this source