"Winter Sonata" musical to open in Korea in December 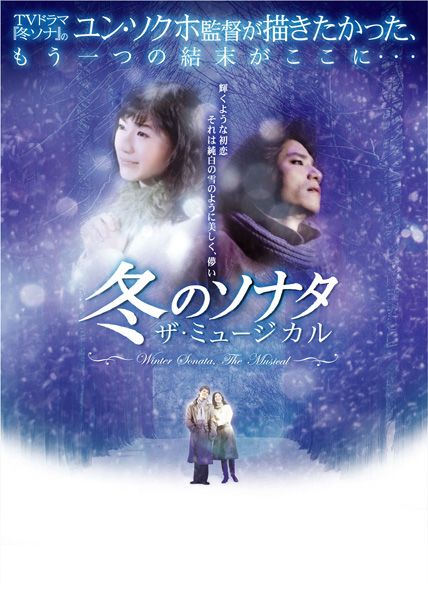 Drama turned musical "Winter Sonata" will open in Korea in December, according to a press release from the musical's producer White Company on Wednesday.

White Company announced in a press release that the musical adaptation of the 2002 hit series "Winter Sonata" will run at Busan's Citizen's Hall from December 23 to 26 and then at the Chungmu Art Hall in Seoul from February 9 to March 6 of the following year.

The "Winter Sonata" musical first made its premiere in several cities in Japan including Sapporo, Tokyo and Osaka in 2006, receiving favorable reviews as a well-made production.

The Korean production of "Winter Sonata" will be helmed by Lim Do-wan, director of "Woyzeck" at the Edinburgh Fringe in London and the musical numbers will be written by composer Lee Ji-soo-II, who has worked with Yoon Seok-ho [director of "Autumn in my Heart", "Winter Sonata", "Summer Scent" and "Spring Waltz"].

"Winter Sonata", starring Hallyu star Bae Yong-joon and actress Choi Ji-woo, is the second installment of the KBS TV drama series "Endless Love" and became a massive hit in Korea and throughout Asia since airing in 2002.

The series turned Bae and Choi into household names and director Yoon received the TV production award at the 38th Baeksang Art Awards in 2002 as well the prestigious Person of the Year award in 2004 by UNESCO.

The leading roles for the musical have yet to be cast.

""Winter Sonata" musical to open in Korea in December"
by HanCinema is licensed under a Creative Commons Attribution-Share Alike 3.0 Unported License.
Based on a work from this source