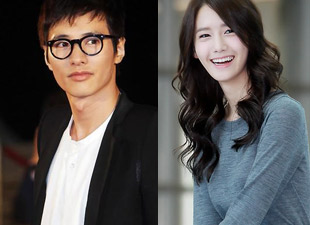 Actor Won Bin and Girls' Generation member Yoona were chosen as the number one celebrity people want to hold hands and walk with during the fall season.

This is according to a survey conducted by a living products company CJLION on 12,00 people.

From the females, Yoona from Girls Generation who just made its comeback recently, took in a whopping 26% of the votes (3,161 votes), followed by Korea's goddess Kim Tae-hee in second with 7% (842 votes).
Third place was IU with 5% of votes (546 votes), loved by many in the country.

Another similar survey was the top male star that you expect to have softer and smoother hands than a female. The winner was 2PM's Nickhun with 40% (4,796 of the votes).