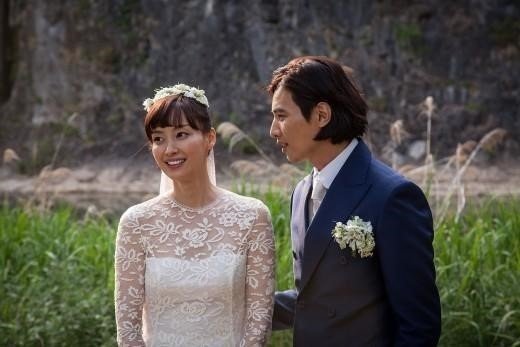 According to Sky Daily, the couple bought a building that is located 300 meters from Apgujung Rodeo Street Station worth 14.5 billion won under both of their names.

The building consists of 2 floors below ground and 5 floors above with a surface area of 715.1㎡ and total ground area of 2456.19㎡.

The building is located in an excellent place as it's close to the Galleria Mall, COEX and other conveniences.

Won Bin and Lee Na-young got married in 2015 and had their first child in December of the same year. Won Bin last filmed the movie "The Stranger" 8 years ago and has only been seen in commercials since then.

Lee Na-young was in "Howling" in 2012 and has finished filming the movie "Beautiful Days".

"Won Bin and Lee Na-young Purchase 14.5 Billion Won Building in Chungdamdong"
by HanCinema is licensed under a Creative Commons Attribution-Share Alike 3.0 Unported License.
Based on a work from this source