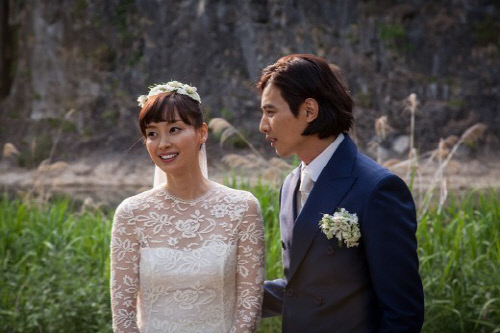 Actor Won Bin and actress Lee Na-young apparently are in Finland on their honeymoon.

A Korean claims to have witnessed the couple at the Bergen Airport in Norway and said, "Lee Na-young looked simple but pretty without any make-up on. They looked comfortable because the foreigners around them didn't know who they were and they didn't draw attention".

Previously, a media reported that the two of them had their honeymoon in Finland and that there were a few people with them on the trip.

Their management didn't say much about them as it was a 'private matter'.

Meanwhile, Won Bin and Lee Na-young got married in secret on the 30th of May at Won Bin's hometown.

"Won Bin and Lee Na-young spotted on honeymoon"
by HanCinema is licensed under a Creative Commons Attribution-Share Alike 3.0 Unported License.
Based on a work from this source