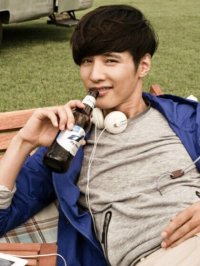 BONG, who is counted one of Korea's top directors, after his 2006 film "The Host" quickly became the highest grossing film of all time at the Korean box office, presented the new project last month at the HAF project mart in Hong Kong. Production house Barunson Film Division is managing the project with Choi Jae-won and SEO Woo-sik producing. The film is expected to start shooting this Fall on a budget of US$5 million.

BONG and Park Eun-kyo penned the screenplay, which centers on a shy, awkward young man (played by Won Bin) framed as the perpetrator in a brutal slaying. His devoted and determined mother (Kim Hye-ja) pits herself against incompetence and corruption in the police and legal system as she sets out to uncover the truth and prove his son's innocence.

"WON Bin to Star in BONG Joon-ho's Latest"
by HanCinema is licensed under a Creative Commons Attribution-Share Alike 3.0 Unported License.
Based on a work from this source