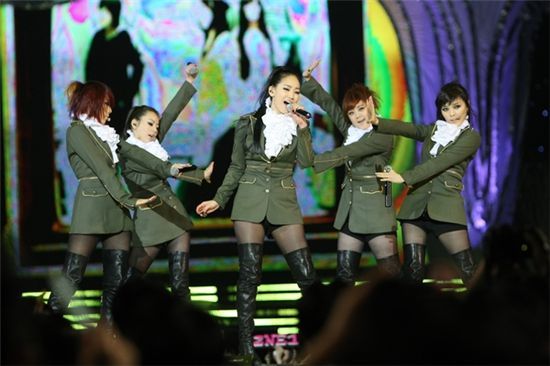 Korean pop sensation Wonder Girls will perform in Hong Kong for the first time this week, taking the stage for the second leg of their Asia Tour.

A press release from their concert's promoter Mnet Media announced on Wednesday that the girls will hold a concert on December 17 and head off to several other countries in Asia including Taiwan and Thailand.

"We are extremely excited for our upcoming concert in Hong Kong. We met with our Hong Kong fans during our performance during this year's Mnet Asian Music Awards and it feels great to be seeing them once again", the members of Wonder Girls were quoted as saying.

An official from Mnet media explained that they have received numerous inquiries regarding Wonder Girls holding concerts in several countries in Asia.

In mid-October, major talenthouse JYP Entertainment and Mnet Media announced that they have formed a partnership in working jointly towards expanding the influence of Korean music content in Asia, collaborating in various ways such as hold concerts for JYPE artists.

The girls' popularity in Southeast Asia rose after they held several promotional events in Indonesia, Malaysia, China and Singapore in mid-June.

They also made a name for themselves in the U.S. pop market last year, opening for the famous Jonas Brothers and releasing their debut single "Nobody", as well as kicking off a 27-stop tour in North America this summer.

Composed of members Yenny, Ahn So-hee, Lim, Yubin and Sun, Wonder Girls, discovered and trained by top Korean agency JYP Entertainment, made their debut in 2007 and quickly became one of the biggest names in the Korean music scene with their hits "Tell Me", "So Hot" and "Nobody".

The girls will take the stage in Korea for their first-ever joint concert titled "TEAMPLAY" on December 24 with labelmates 2PM, JOO, San E and miss A.

"Wonder Girls to perform Hong Kong leg of Asia Tour"
by HanCinema is licensed under a Creative Commons Attribution-Share Alike 3.0 Unported License.
Based on a work from this source