Wonder Girls told to "wait to date" by Park Jin-young 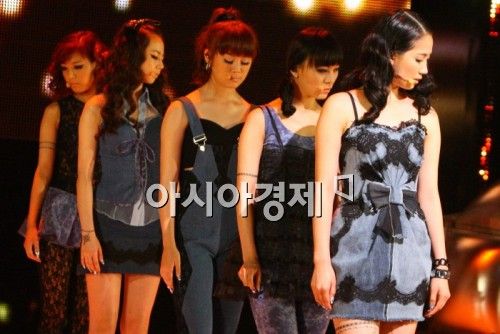 Female pop group Wonder Girls have revealed that they want to date but producer Park Jin-young is telling them to wait a few more years.

The girls made the remark while appearing on celebrity talk show "Win Win", which airs tonight on KBS2 TV.

"When we first debuted, Park Jin-young told us to wait just three years", the girls said on the show. "And when we went to the U.S., he said to wait another two years... We don't know how much longer we have to wait".

When asked what they would like to do if they have a boyfriend, Yenny answered that she wants to "wear a couple ring and write his name in a secret code in the 'thanks to' section in the album".

"When I return to Korea after an overseas concert, I would like my boyfriend to greet me at the airport with a hug", said the group's youngest member Sohee (Ahn So-hee).

Wonder Girls recently made a splashing comeback to the local music scene with "2 Different Tears", their first full-length album since "The Wonder Years" in 2007.

The girls, who have been promoting the record since arriving in Korea two weeks ago, have been topping various music charts with their latest single "2 Different Tears".

They will be wrapping up their schedule in Korea this week and leave for the U.S., where they will go on a 20-city tour across the country.