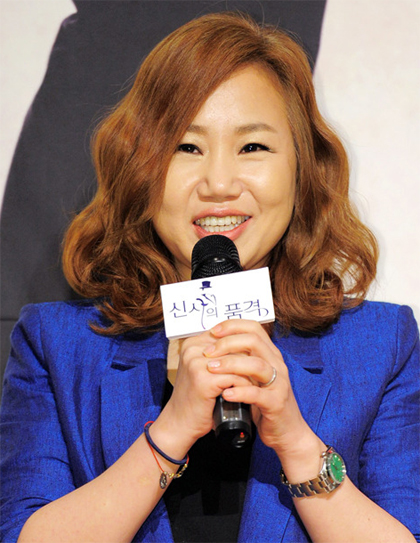 "There will be many touching and kiss scenes"

Creator of seven continuous romantic comedies, writer Kim Eun-sook mentioned that "A Gentleman's Dignity" was going to be sexual.

"I worried about "Secret Garden" last year after saying it was going to be fun, what if it wasn't? This time, this drama is very racy. I focused more on eroticism than mellow.

Kim put lots of effort in casting Jang Dong-gun as well. She sent him love calls and put it "All In" for him by even pushing the deadlines. She said, "I wanted to do this with Jang Dong-gun. I asked him what his wife Ko So-young thought about him in my drama and she said there were too many kissing scenes in my dramas. He told me he wouldn't do it so I lied that there wasn't any".

Then she started writing a kiss scene the moment he said yes.

"Writer Kim Eun-sook "It's strong and racy""
by HanCinema is licensed under a Creative Commons Attribution-Share Alike 3.0 Unported License.
Based on a work from this source