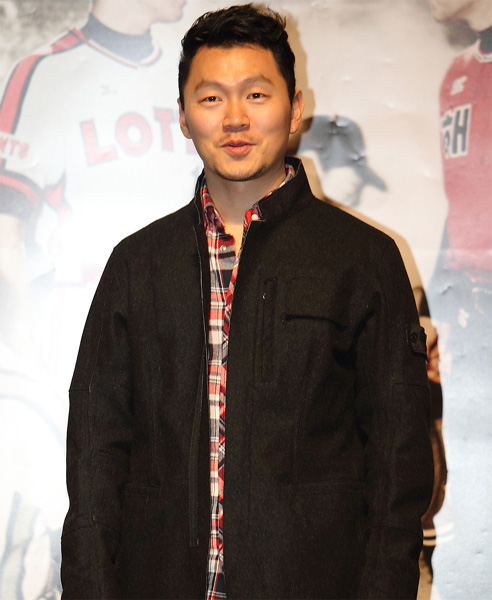 Selected as the leading actor for fantasy historical drama "Faith"...

Yang Dong-geun proved he has 'beautiful luck' once again.

He is very likely to be the leading male character in the fantasy period piece "Faith". Acting opposite him will be the actress Kim Hee-sun. His luck of being able to work with beautiful actresses such as Kim Tae-hee, Lee Na-young, Han Chae-young, Han Ga-in and more continues.

Yang Dong-geun leaned toward accepting the offer for the drama because it is more a fantasy tale than a historical drama. He is currently in negotiations with the producers. This is the first time he's appearing in a drama since "I Am Sam" five years ago.

He is going to take on the role of a genius herbal medicine doctor who is also known as the 'Hand of God'. He meets Kim Hee-sun, who is from the modern era, and they begin to develop mutual feelings. "Faith" has gone into official preparations with a large scale outdoor set and more.

Yang Dong-geun starts work on "Faith" after recently completing the movie "Perfect Game", which was released in December last year. It will be a long-term box office success, likely until the Lunar New Year. He will also be on cable TV channel OCN's "Hero - Drama - 2012", a ten-episode series.

"Faith" is produced by Kim Jong-hak from "Sandglass" and writer Song Ji-na. The cast includes Yang Dong-geun, Kim Hee-sun, Choi Min-soo and others.

"Yang Dong-geun is Kim Hee-sun's man"
by HanCinema is licensed under a Creative Commons Attribution-Share Alike 3.0 Unported License.
Based on a work from this source